Use Rivalry to Sharpen Your Business Strategy – by Graham Kenny 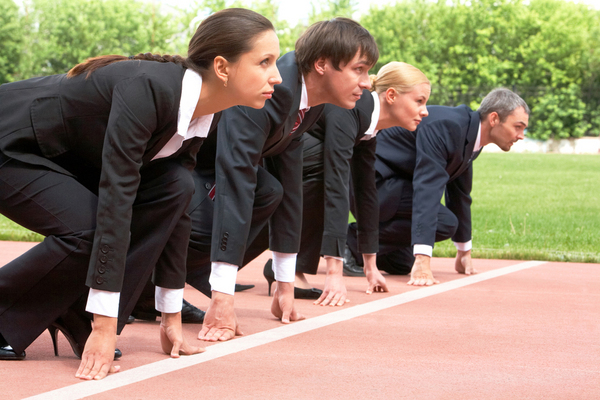 Use Rivalry to Sharpen Your Business Strategy – by Graham Kenny

Analysing “the competition” is a tried and tested method for developing strategy. But what do you do when the discussion turns bland and unfocused? Here’s a trick to sharpen your strategic team’s competitive instincts. Use rivalry. It will get them producing more successful and innovative strategies to win customers from your competitors.

Let me illustrate with an example from the finance industry.

I’d been asked to facilitate a strategy workshop for one of Australia’s banks. I’ll call it Claremont Bank. Discussion turned to “the competition” and I found the analysis to be nebulous. Wrapped together were the features of all the other banks as the managers flipflopped in their comments from one bank to another. It appeared to me that discussion wasn’t pointing to any decisive ways in which Claremont Bank could achieve a competitive edge. I needed something to sharpen executive awareness and the group’s deliberations.

Pick a Rival and Analyse Forensically

Claremont Bank wasn’t the market leader and chose one of Australia’s “big four” banks – Commonwealth, ANZ, Westpac and National Australia Bank – as its rival. I’ll call it Big Four here. While Big Four was not the largest of Australia’s banks, it was the nearest competitor in its product range and targeted customer which in this case was “family-owned farms.” The next steps involved stripping down the competitiveness of Claremont Bank and Big Four – a bit like dismantling a car.

Claremont needed to discover the decision criteria that customers employed in choosing Claremont or Big Four. We call these strategic factors as they’re the basis of competitive advantage. It’s important that these are those nominated by customers and that their definitions be those of customers. (Management’s choices and definitions are often unreliable here.)

This can only be done with research to look at outcomes from a customer’s perspective. Claremont had done the necessary customer research and found that the strategic factors were range of products, customer service (in-person and online), loan arrangements (initial deposit and interest rate), bank image and branch locations.

Then came the fun bit – rivalry. In our strategy workshop we divided a flipchart into two columns. We wrote Claremont Bank on the left side and Big Four on the right. We then listed each of the strategic factors (range of products, etc.) on the flipchart leaving adequate space under each for further detail.

Next came the assessment of advantage, always maintaining the customer mindset based on what customers had told Claremont. During this process, it’s important not to slip into looking at the business inside-out. And here’s a great benefit of this method. Having a rival as a reference point assists in maintaining an outside-in view since you only see your rival’s business as an outsider. Maintain this same outside perspective when reviewing your business.

Claremont Bank’s management team was greatly supported in this task as the company had studied its target customer via a series of interviews and surveys. The bank had unearthed that family-owned farmers were “very production focused, alert to farm efficiencies, watchers of farm innovations, and fast followers in adopting proven innovations.”

When it came to completing both columns and looking for the net advantages of Claremont Bank over Big Four or vice versa, it looked like this. On bank image, Big Four was slightly ahead since its brand was better known and its larger size communicated stability. On customer service the net advantage lay with Claremont Bank as its representatives were better attuned to customer needs as a result of the bank’s research. As the management team pointed out, the bank had developed some “clear insights around their target farmers.”

We also discovered that Big Four had a marginal advantage when it came to loan arrangements (specifically interest rates) but that Claremont Bank had the edge on branch location since Big Four had recently embarked on a round of branch closures. There was little difference in product range.

Use Rivalry to Scale New Heights

The idea of focusing on rivalry to sharpen competitive advantage and focus management effort isn’t new. But it is one that appears to have fallen out of practice. I think it still has a significant part to play in strategy development.

We can cast our minds back to Komatsu, Japan’s manufacturer and distributor of earthmoving and mining equipment. It famously developed the slogan “Maru-C” to propel its business. This translates into “encircle Caterpillar” and was designed to take on its rival and market leader. (The idea was captured from the Asian strategy game Go, in which the objective is to encircle your opponent.) Focusing on Caterpillar helped Komatsu to sharpen its competitive edge and to motivate staff.

In the same vein Canon concentrated on rivalry and sought to “beat Xerox.” Think also of Apple versus Microsoft, Coke versus Pepsi, Ford versus General Motors, and Intel versus AMD. Head-to-head rivalries have been used to great effect by companies to propel innovation and cement competitive advantage.

So, at your next strategy meeting when discussion turns to “the competition,” try adding a further dimension. In addition to discussing your competitors in general, pick your nearest or most threatening rival. Develop a Competitive Advantage Profile. From what I’ve witnessed, your discussion will be more vigorous and analysis more focused than merely rifling through “the competition.” It will also inspire and energise your management team.