4 Steps to Reach Your Business Competitive Potential – by Graham Kenny 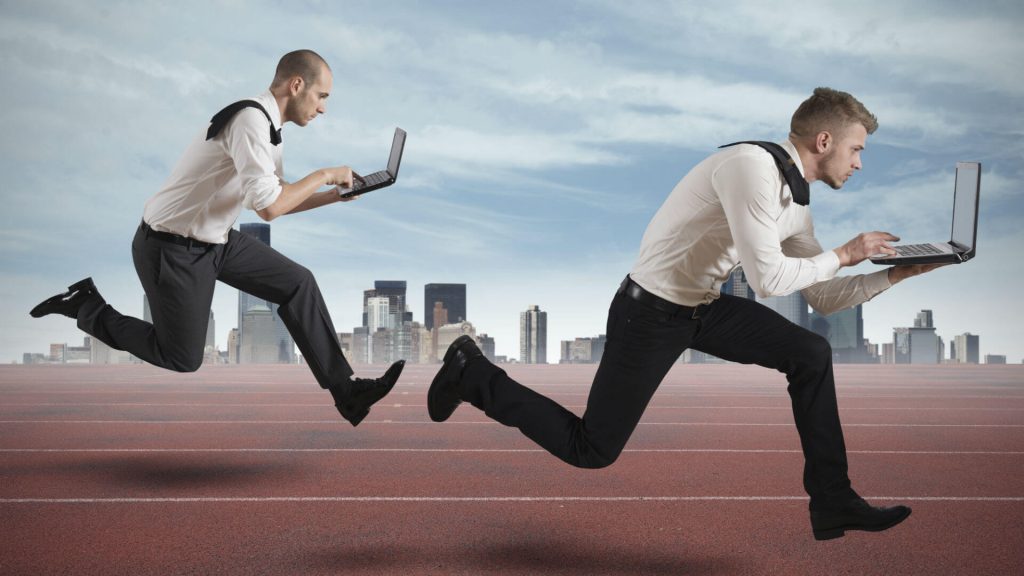 4 Steps to Reach Your Business Competitive Potential – by Graham Kenny

Louise, a senior partner at a large national law firm, I’ll call it Robinson & Rose, pulled me to one side at a break in my seminar on business strategy. “I get what you’re saying” she said “but my firm is so conservative. They just won’t change. We do what everyone else does in the industry”. Her concern was that her organization was not achieving something I’d just been describing, “competitive potential.” This is the combination of effective strategy design and complete strategy execution. Her reason? Her firm’s strategy simply mirrored those of the its competitors.

COVID-19 and the effect it’s having on business models is the biggest shift for some industries since the internet took off in the 90s. And yet many of my clients are planning as though business will spring back to normal. For many it won’t. If your organization is handcuffed to your industry’s mindset what can you do?

Start by zeroing in on the driver of your under-performance.

Following the seminar, Louise arranged a meeting. “What is it about the legal industry that holds back your firm’s performance?” I asked. “It’s the culture,” she said.

As Louise described it “We’ve adopted the industry culture without question. It’s process-driven, risk-averse, uncaring when it comes to junior staff, and highly competitive within the firm. It’s a fairly cut-throat culture. But it’s the same throughout the industry.”

While referencing your competitors may have you thinking you’re doing well, it doesn’t mean that your organization is reaching its competitive potential. Commonly accepted industry culture or practices may be holding you back

Your second step is to make your case through data.

Louise presented me with a figure I found startling and which she suggested lay at the heart of Robinson & Rose’s problem. It concerned annual employee turnover. Robinson & Rose had just over 1,000 staff, but their annual turnover was over 30 per cent! That meant that nearly 300 staff left the firm each year. What chance then of delivering effective client service at a reasonable price?

The barrier to addressing the issue she explained was that when she raised it at executive meetings other managers would respond “it’s normal for the industry.”

This kind of rationalization, common in all industries, destines your organization to perform sub-optimally. It produces a fixed mindset in managers and a that’s-the-way-it-is attitude. Your organization can be at the top in your industry and still be falling short of achieving its true competitive potential.

Executives respect financial numbers. So, put a cost on the problem.

As Louise put it, “management thinks they’re doing well, because they match themselves against competitors. But when you take an objective look at the figures, they’re not.”

Louise invited me to a meeting with her fellow members of the executive team to discuss the employee turnover issue. She was able to put the cost of this to the firm. It was $AU27million per year. When she announced this, the managers’ jaws dropped. No one had put a dollar value on the issue before. She’d calculated this figure via the accepted method of multiplying the number of people leaving by a factor applied to the average annual salary of those leaving. This includes the cost of recruitment, the loss of output, management time and the time to bring new employees up to speed.

I pointed out that at their recent strategic planning exercise they’d put much effort into determining how to grow revenue. “So,” I said, “while you’re driving your staff to grow client revenue, at the same time you’re throwing away $AU27 million with this high turnover rate.” The severity of the situation sank in with this stark contrast.

While persuasive argument can work, it usually takes hard data for the message to get through.

4. Look Outside for Breakthroughs

Your fourth step is to look outside your industry for standard-setters.

It just happened that I’d read about an organization in the hospitality industry which had pulled its employee turnover down from about the same as Robinson & Rose’s to 10 per cent. So, I arranged to take Louise and the HR Manager to meet the HR Manager in this organization to learn how they achieved this.

After our visit we met for a debrief with the partners and the executive team at Robinson & Rose. I remember this moment at the meeting very clearly: “So do you think you can do this?” I held my breath – saying yes to my question would mean pivoting away from the industry focus that had always driven the firm’s practices. There was a long pause at which point I worried that I might have overstepped the mark. Eventually, to my relief, the Managing Partner said, “I think we can”.

Many businesses I talk to tell me that 2020 is a “write off”. They’re laying off staff, freezing new hires, halting training, and cancelling advertising among many other cost-saving manoeuvres. As things pick up, hopefully in 2021, there will be a tendency to again focus on what the competitors are doing. This is fine to a point.

My suggestion is to use COVID-19 as an opportunity to undertake a reset. As Robinson & Rose did, look beyond your industry to find a step-change in your business’s performance. Maybe then your business will reach its competitive potential.